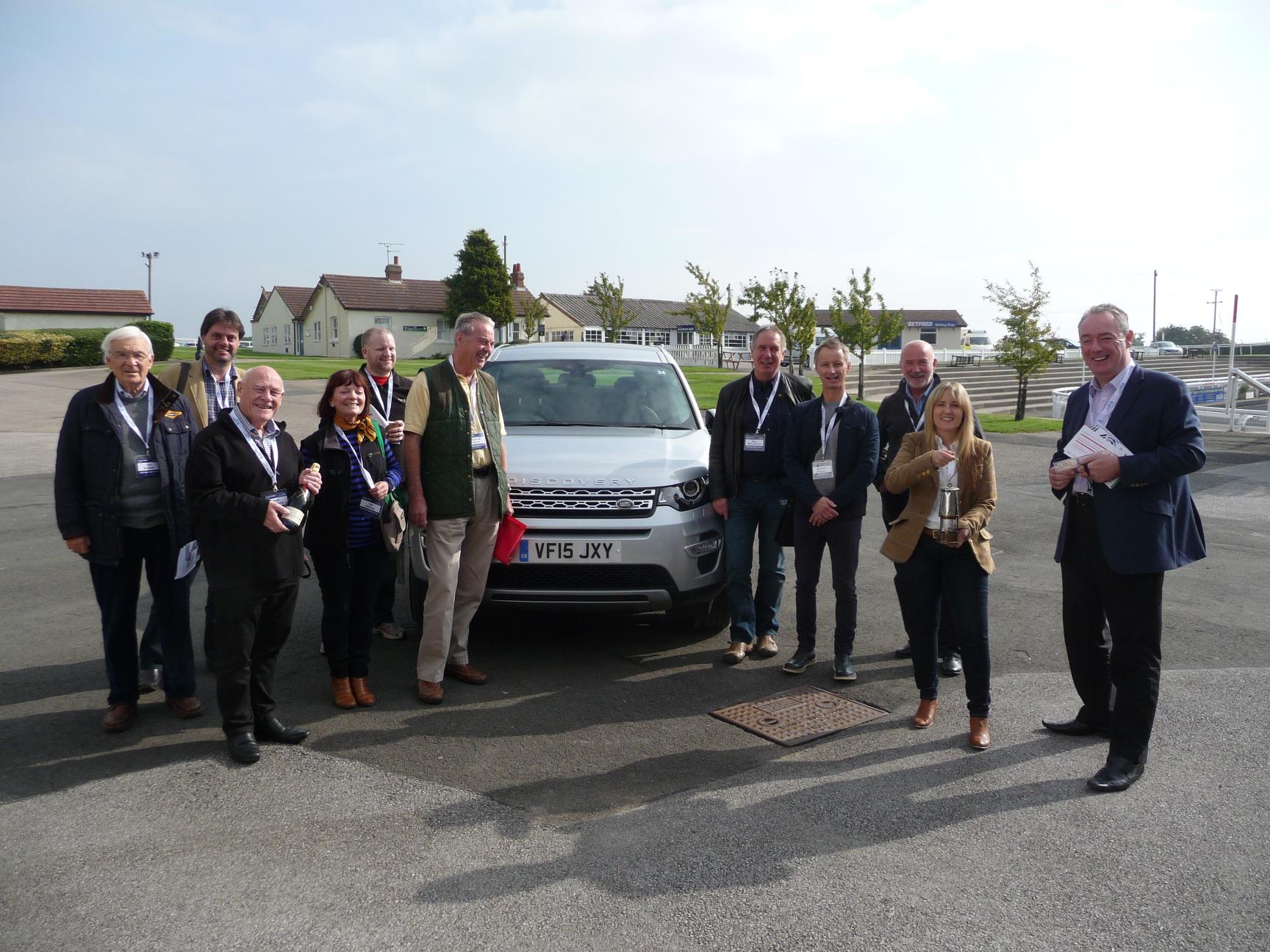 The 2015 Northern Car of the Year is the Land Rover Discovery Sport. The region’s pre-eminent motoring journalists, members of the Northern Group of Motoring Writers, placed the car at the top of the poll.

It is the second time in three years that Land Rover have won the accolade, the Range Rover having earned most votes in 2013.

Group chairman Steve Teale and the organiser of the ballot, Alan Domville, presented the award, a suitably inscribed genuine miner’s lamp – a symbol of north – to a delighted Tracey Tompsett of the Land Rover PR department, at the seventh northern test day for automotive writers organised by the Society of Motor Manufacturers and Traders at Wetherby racecourse.