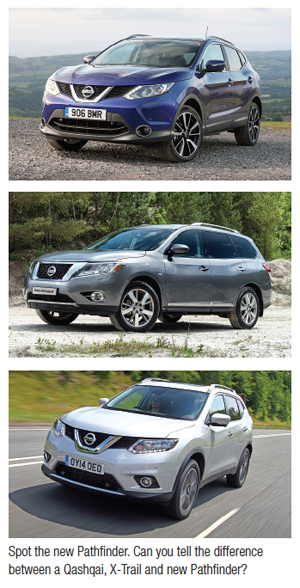 Japanese motor manufacturer Nissan has made a significant commitment to its business with Russia. Announced at the recent Russian Motor Show were no less than nine new models, including what was claimed to be that country’s first affordable hybrid model. At present Nissan holds 6.5 per cent of the Russian car market, and the company aims to increase this to 10 per cent over the next three years. Included in these new models is the brand new Pathfinder. This is the fourth-generation Pathfinder, and from initial photographs, for 4×4 enthusiasts at least, probably the most disappointing. The model is presently built in St Petersburg, and while the new model is claimed to remain an ‘all-road’ vehicle, fitted with Nissan’s recognised intelligent 4×4 system and X-tronic transmission, it looks like… well, you decide. It looks like a bigger Qashgai, or do we mean X-Trail? To be honest it’s hard to tell.