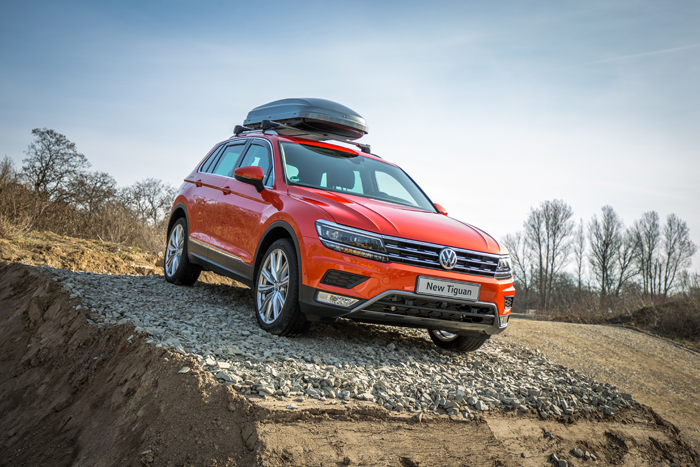 ORDER BOOKS FOR Volkswagen’s new Tiguan are now open in the UK. While the model initially looks very similar to the version it is replacing, it is claimed that the new Tiguan is ‘new from the ground up’. It is now built on the new MQB platform (like other manufacturers, this is a flexible floorpan that can be ‘tweaked’ so as to be used by other models in the range. This is now a standard global manufacturer tactic, obviously keeping costs down and allowing greater speed at building new models). The new Tiguan is actually 33mm lower, yet 30mm wider and 60mm longer than its predecessor, it also has a longer wheelbase. The result is improved head and legroom. The UK Tiguan range will include three new petrol engines, ranging from 125PS to 180PS, together with four new diesel engines ranging from 115PS to 240PS. These are all EU6-compliant, more powerful and more fuel efficient than before. The trim levels will follow VW’s standard badging or S, SE, SE Navigation, SEL and R-Line. Detailed prices have not been announced, with models due in the UK this summer, but it is expected to be priced at around £22,000. Sadly, however, it does not look as though there with be an ‘off-road capable’ Escape version anymore. Big shame.