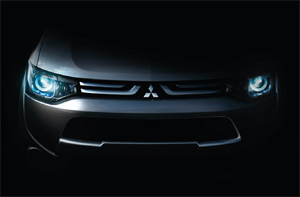 This March, Japanese manufacturer Mitsubishi will unveil a new model, which, although not expected to be a 4×4, could herald the potential for a new Shogun model in the next couple of years. The company’s “Jump 2013” campaign is a completely new design philosophy and will be unveiled at this year’s Geneva Show. Hopefully it will herald plans for a new Shogun which, even the most passionate owner must admit, is beginning to look a little long in the tooth and is falling behind its rivals not just in terms of looks, but also some of the electronic devices now available on a lot of other premium 4x4s. Here’s hoping.