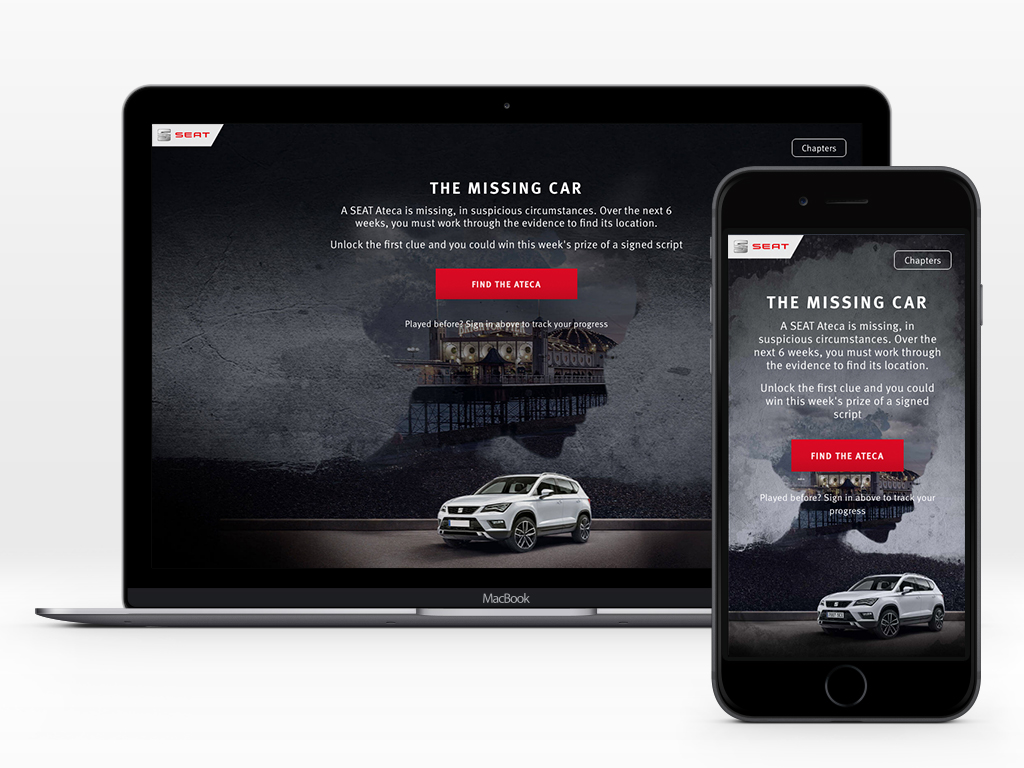 Taking the spotlight in a series of intriguing “Missing Car” mysteries this autumn and winter, the new SEAT Ateca is set to turn TV viewers into amateur sleuths.

Three different scenarios will be played out week by week in the latest development of SEAT’s sponsorship of ITV’s original mystery drama programming, engaging the audience in an unfolding story and the special qualities of SEAT’s first SUV.

The mini-dramas will unfold in a sequence idents that will appear during transmissions of some of the UK’s top-rated series, including new seasons of Broadchurch, Vera and Endeavour.

Each Missing Car story will start with a SEAT Ateca being left in mysterious circumstances in a location familiar from Broadchurch, Vera and The Level. Gradually clues will be revealed in and around the car, building the mystery and suspense until the final reveal.

A dedicated ITV Drama content hub within www.seat.co.uk will offer more interactive features, interviews and behind-the-scenes stories, plus competitions with weekly prizes, including “money-can’t-buy” exclusives such as a spy weekend in Washington DC, signed scripts or a walk-on part in Vera.

Launched in the UK this month, the new Ateca marks SEAT’s foray into the compact SUV market.