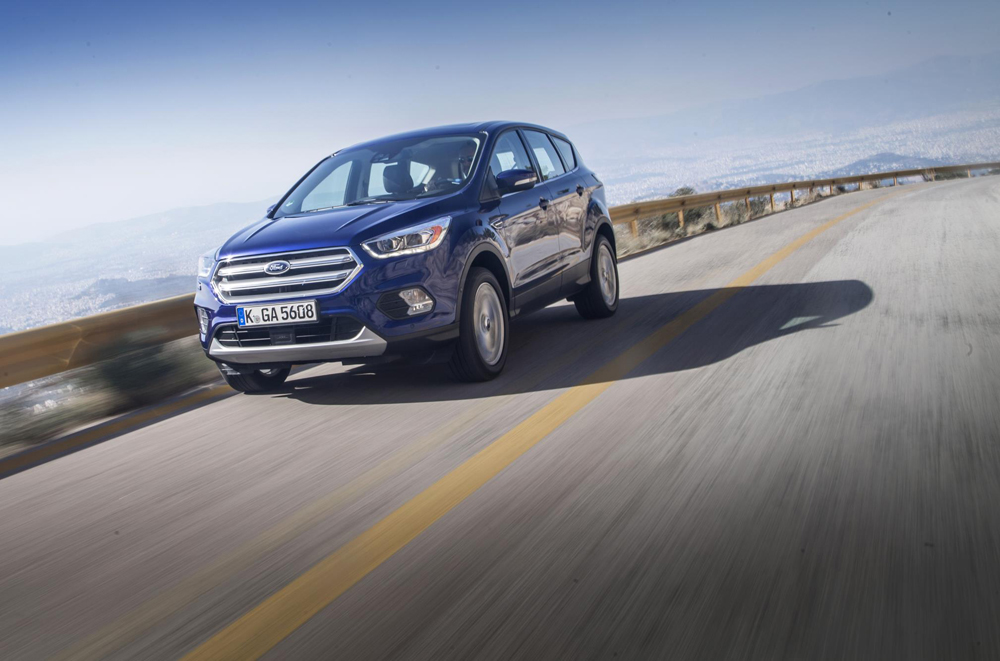 The new Ford Kuga delivers an even more technologically advanced, refined and affordable SUV, making driving simpler, safer and more enjoyable for growing numbers of SUV customers in the UK.

The new Ford Kuga follows the introduction of the larger Edge SUV earlier this year, and an updated compact EcoSport SUV last year. Ford is bolstering its SUV line-up just as it has been predicted by industry sales analyst IHS that sales in the SUV segment are poised to increase to 27 percent of all vehicles sold in Europe by 2020.

New Kuga and the Edge are among five all-new or redesigned Ford vehicles that will compete in the SUV and crossover space in the next three years.

“SUVs have grown from a tiny niche in Europe to one of the most significant automotive trends of the past decade,” said Roelant de Waard, vice president, Marketing, Sales & Service, Ford of Europe. “Every time someone predicts SUV sales will cool down, they are proven wrong. That’s because SUVs have widespread appeal with men and woman, young and older people.”