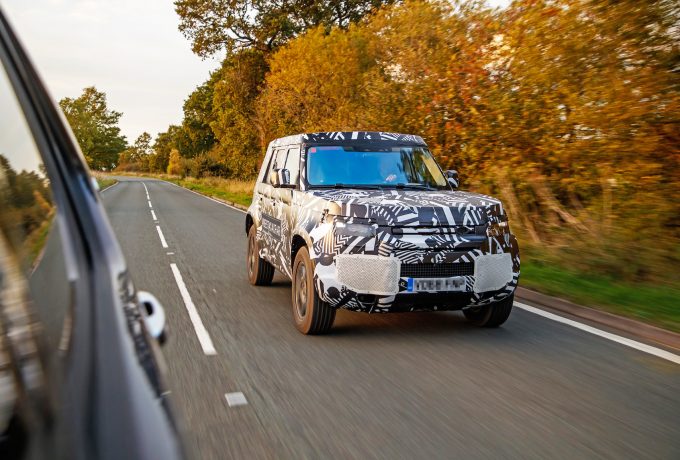 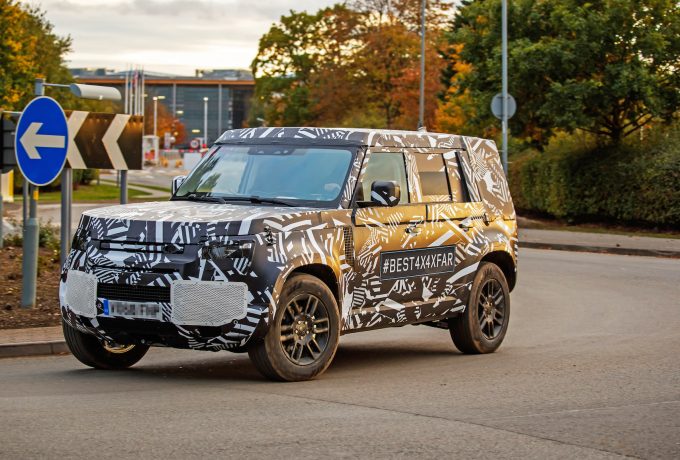 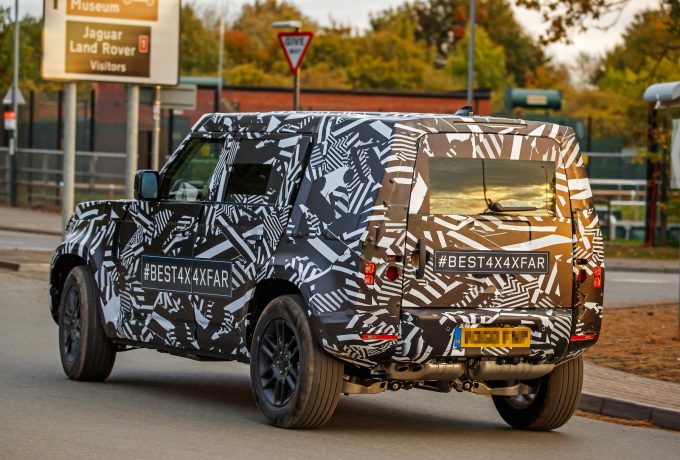 It’s been a while coming, but the next generation of Land Rover Defender has finally been spotted out in the open, as development enters the latter stages.

With deliveries expected sometime in 2020, budding owners have now been given a snippet of what their new steed may look like once completed. Details will naturally be released with every step closer to the Defender’s launch, but there are some points we can note from this camouflaged pre-production machine.

It’s more rounded body comes as no surprise, with the old-school flat-sided exterior of the predecessor being one of the nails that eventually got hammered into the Defender’s coffin. And while the outside of the vehicle is more ‘pedestrian friendly’ and modern in style, the underpinnings will also be vastly different from Defenders of yesteryear.

Gone is the live axle setup with a traditional ladder frame chassis and instead in comes an all-independent suspension configuration, which will pave the way for a digital Defender utilising Terrain Response.

This test mule appears to be a prototype of the next 110, while a shorter wheelbase replacement for the 90 is also expected upon the Defender’s official return. For now, though, this 110 is running on a 2.0-litre diesel unit most likely of the Ingenium calibre, or at least that’s what the DVLA records state…

However, Jaguar Land Rover has made it clear that it sees electric power being the next step in automotive propulsion, so don’t be surprised if your next Defender is also available with some degree of hybrid power.

On approaching Land Rover with regards to these latest images, Land Rover declined to comment, purely releasing the following statement: ‘Jaguar Land Rover runs a wide range of engineering and technology development programmes. We can confirm that the Defender programme is progressing well and has reached an exciting stage of its development.’

However, when pressed further, a spokesperson revealed: ‘We can confirm customers around the world will be taking delivery of and enjoying Defender again from 2020.’

Since the pictures have gone viral, social media hasn’t been the kindest environment for the new Defender. It’s fair to say that many of the new Defenders will not be used in the same anger as their predecessors, but only time will tell as to whether this reimagining of a top British icon proves to be a success or failure for Land Rover.