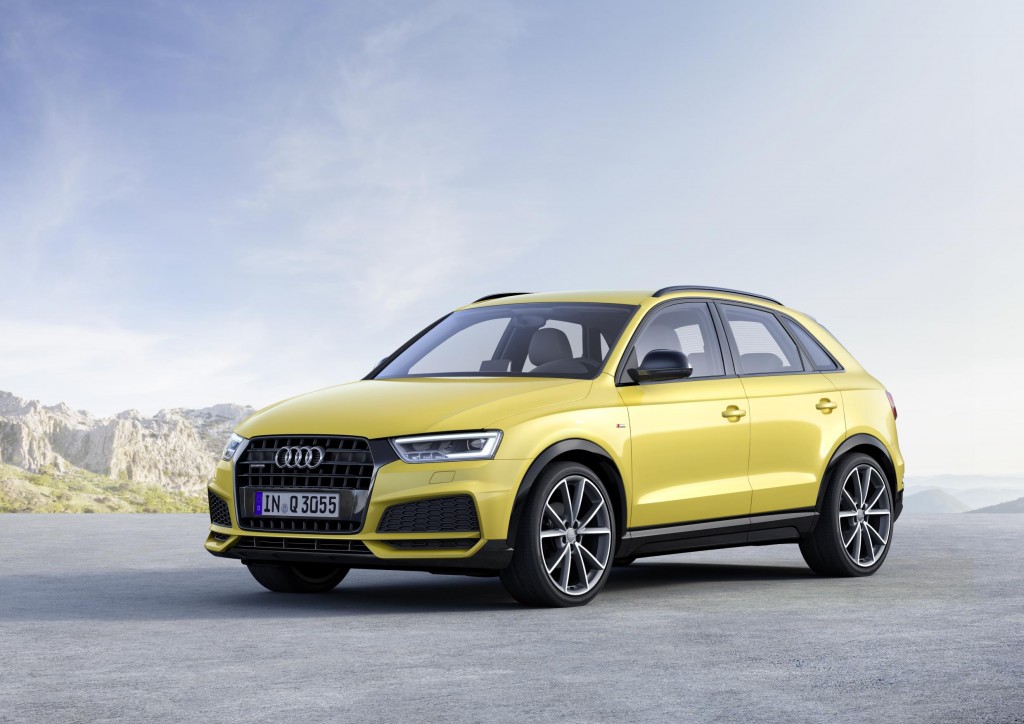 The popular Black Edition specification reaches the Audi compact SUV as part of a package of range-wide styling and equipment enhancements.

The new top flight Q3 and the sharper, even better equipped versions that sit below it will become available later this month priced from £26,600 OTR, and will reach their first customers towards the end of the year.

As part of the programme of revisions the current Q3 specification structure, starting with SE, moving to S line Navigation and then on to S line plus, has shifted further upwards. At entry level, SE becomes Sport through the addition of SD navigation as standard and through styling enhancements that lend an even more purposeful air, including larger front air vents and a body-coloured front diffuser.

S line Navigation models become S line Edition by gaining standard interior features such as cruise control and the Audi Parking System Plus, and by adopting a new look for the front end, which now incorporates a distinctive horizontal strut spanning its full width, above which are air inlets with more pronounced surrounds and a new diamond-pattern mesh design. They flank a more eyecatching Single Frame grille with a new high gloss finish which is also shared by the air vents.

The main attraction in the range is now the Q3 Black Edition, which stays true to the concept introduced so successfully elsewhere in the Audi range. Replacing the S line plus model, it builds on that version’s already extensive specification with features such as standard metallic paint, privacy glass from the B pillar rearwards and a Bose sound system upgrade, but its key point of differentiation is of course the distinctive black treatment for many of its parts. These start in the cabin with piano black inlays, and continue outside to take in everything from the 19-inch alloy wheels, wheel arch cappings and Single Frame grille surround to the roof rails, rear spoiler and tailpipes, all of which are finished in gloss black.