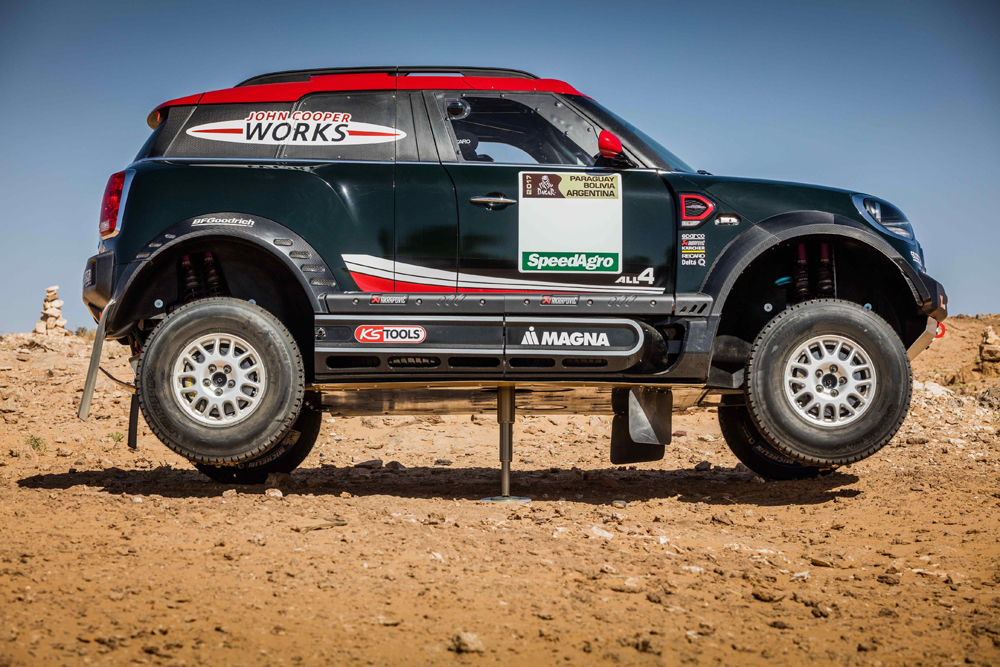 MINI John Cooper Works Rally is a new racing car and the result of an extensive development through racing experience of the existing MINI ALL4 Racing. Based on the new MINI Countryman; the car has been adapted to suit the necessary safety requirements and the current race regulations as laid out by motorsport’s governing body Fédération Internationale de l’Automobile (FIA).

The introduction of the all-new MINI John Cooper Works Rally underlines MINI Motorsport’s long-term commitment to its involvement in motorsport especially in the arena of rally-raid and the FIA World Cup, the legendary Dakar Rally and the latest long-distance endurance challenge of the Silk Way Rally.

To produce a car able to successfully tackle and survive the rigours of cross-country rally is a challenge in itself. However, the MINI John Cooper Works Rally has been designed and constructed to achieve and exceed the same level of success as the previous car thanks to an exacting development programme.

The MINI John Cooper Works Rally will also be subject to constant development via motorsport partner X-raid in order for the new MINI John Cooper Works Rally to become as victorious and iconic in the cross-country rally world as its predecessor. At the same time, technical feedback gained from its racing development programme can, of course, be used to further aid reliability and performance programmes in all aspects of MINI production cars.