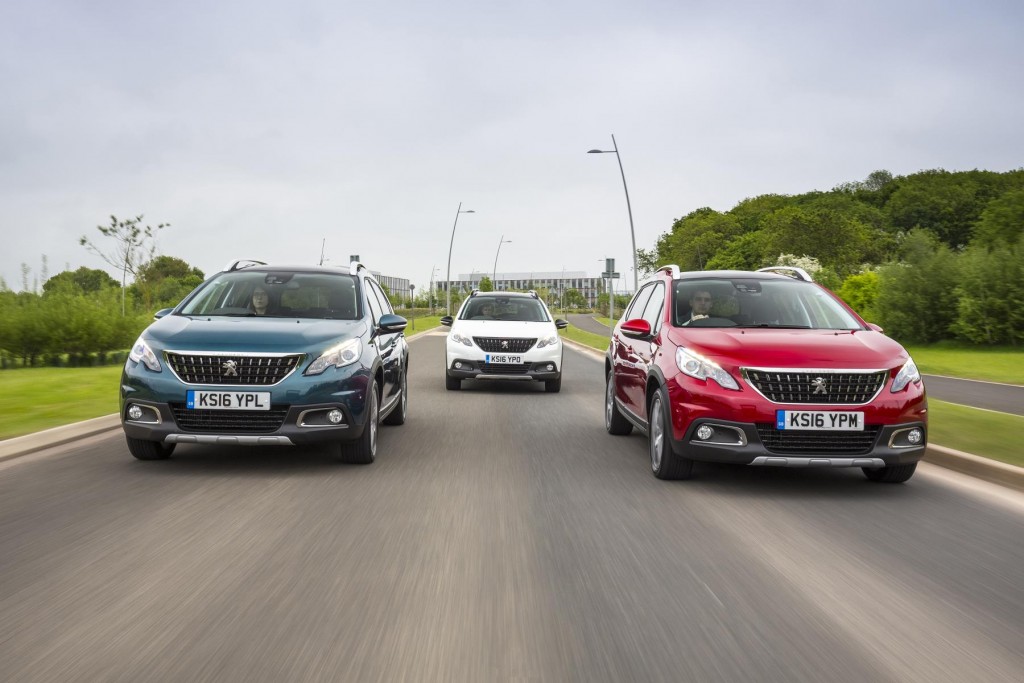 The new PEUGEOT 2008 Compact SUV is entering UK showrooms this week, and its arrival appears to be very timely – when rainfall for June 2016 has already broken all previous June month weather records. Having the right vehicle for the UK summer can mean needing one capable of operating in almost any weather condition.

The latest PEUGEOT 2008 has been updated, re-styled and features enhanced specification. It has an even more assertive  SUV design, including visual features; new wheel arch extensions (from Allure level), new vertical front grille and scuff plates (from Allure level).

The new Ultimate Red colour further epitomises the power and desirability of the new 2008. The Access, Active and Allure levels are complemented by the new sporty ‘GT Line’ model. This trim level is already a very popular choice on other key PEUGEOT models (108, 208, 308 and 508), and adds a sporty theme throughout.

The PEUGEOT i-Cockpit® is unique to the brand and embodies the driving characteristics of the PEUGEOT 2008, being agile, intuitive and safe. The compact sports steering wheel offers precise steering and improved manoeuvrability while the 7” multifunction colour touch screen puts all the functionality at your fingertips. In addition, the head-up instrument panel allows driver information to be accessed without taking the eyes off the road.

Grip Control – an adapted traction system – gives the 2008 its versatility on all types of terrain. It is combined with Mud & Snow (All-Season) tyres. PEUGEOT 2008 is also equipped with MirrorScreen, based on MirrorLinkTM and Apple Carplay®, along with the reversing camera, Active City Brake and Park Assist – a rarity in this segment.

Mark Pickles, UK Marketing Director at Peugeot, said: “With over 40,000 of the existing versions of 2008 on UK roads being joined by the updated new PEUGEOT 2008 Compact SUV, most of which are equipped with Grip Control and All-Season tyres, they look set to benefit customers with the perfect car for our ever-changing British climate!”