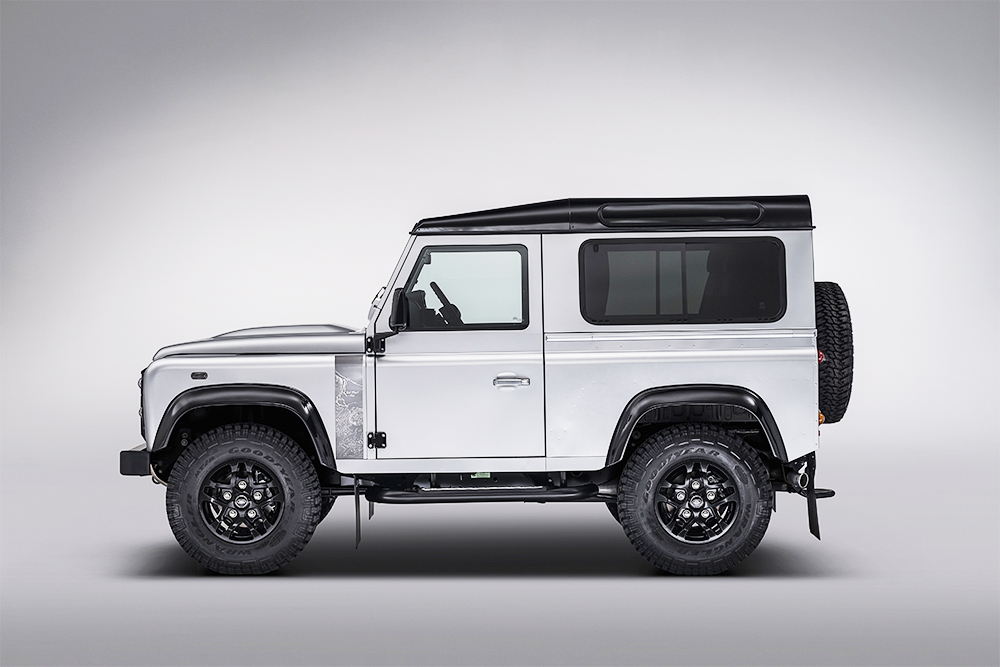 Land Rover’s celebration of 67 years of Series Land Rover and Defender production will continue with a not-to-be-missed spectacle at this year’s Goodwood Revival taking place from the 11 – 13 September 2015.

The engineering bloodline that links the original Land Rover Series One with the 21st century Defender will be celebrated in a special presentation and displays at this year’s Goodwood Revival. The Land Rover stand will capture the birth of the legendary vehicle and its progress through the past seven decades as a model that has constantly defined the concept of “go-anywhere” all-wheel drive engineering.

Faithful to the retro spirit of the meeting, Land Rover will be recreating key elements from the development of the original Series I, which made its UK public debut at the 1948 Earls Court Motor Show, including drawing board plans and an early pre-production chassis. A Series I model will be shown tilted at 45 degrees, demonstrating the unprecedented capabilities it brought to the market, and the team manning the display will be dressed in replica engineering smocks worn by the 1940’s production workers.

The culmination of the presentation is the latest Defender Autobiography, a model that brings together the robust qualities of the original with bespoke and contemporary design features.

Land Rover owners will be taking part in a daily parade of more than 50 pre-1966 Series models, including many special conversions body styles and will be on static display on Lavant Bank for the rest of the event. One highlight includes; the bright yellow 1950 Series I Bertam Mills Circus vehicle. This fascinating Land Rover was built by Bertam Mills Circus in the late 1950s. It was designed to give the impression that the circus elephant, named Kam, was driving the car.

Jeremy Hicks, Jaguar Land Rover UK Managing Director said: “To see such a brilliant coming together of so many significant Land Rovers in one place at Goodwood Revival is not to be missed. The Parade will demonstrate the sheer enthusiasm for the marque and will provide owners and visitors the perfect opportunity to celebrate this iconic vehicle.”

The Bonhams’ stand at the revival meeting will be showcasing Defender 2,000,000, a unique version that has been specially built as a tribute to the model’s production heritage and its two million production landmark at Solihull. The vehicle will be offered for sale at a charity auction hosted by Bonhams in London on 16 December, with the money raised going to support Land Rover’s humanitarian and conservation partners, the International Federation of Red Cross and Red Crescent Societies and the Born Free Foundation.