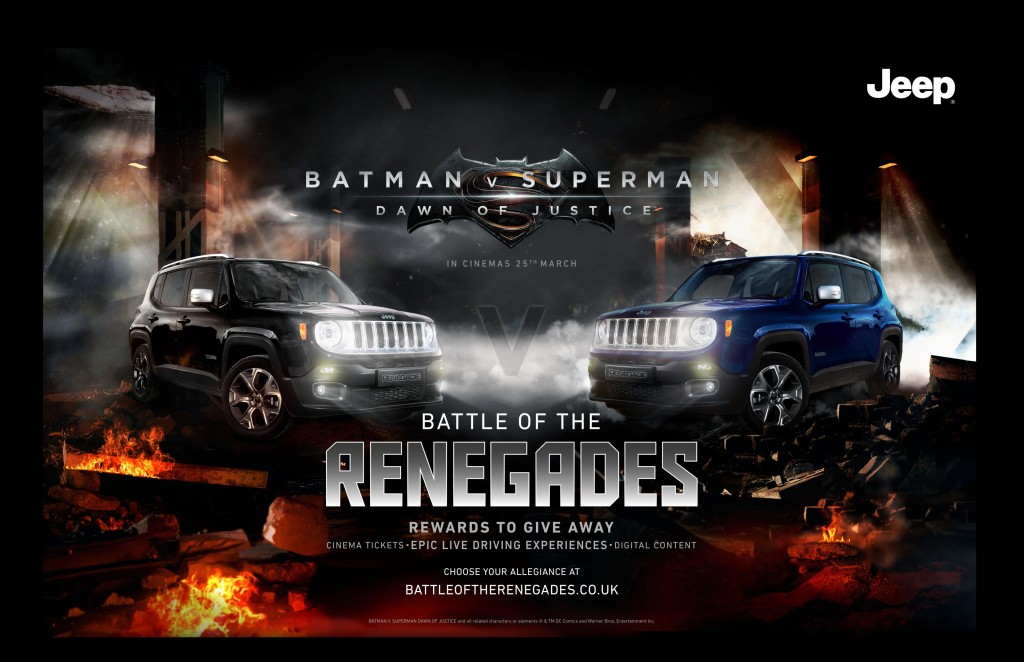 The link-up with Warner Bros. Pictures kicked off during production, when Jeep’s Renegade SUV model was deployed through the streets of Metropolis with Bruce Wayne, aka Batman, at the wheel for a key scene in the film.

Jeep UK is now launching an innovative online experience and advertising campaign, created in collaboration with the filmmakers. Prior to the release of Batman v Superman: Dawn of Justice, fans can get a sneak peek at previously unseen vehicle footage provided to Jeep UK in a special trailer only viewable as part of the online experience.

In Batman v Superman: Dawn of Justice, the world’s most iconic Super Heroes clash for the first time ever on the big screen.  Jeep’s online experience invites users to choose their allegiance and become a hero themselves in the ‘Battle of the Renegades’ by using the Jeep Renegade to help others and evade impending catastrophe.

Participation in this interactive online experience will be rewarded with a range of prizes, including live themed driving experiences and cinema tickets to Batman v Superman: Dawn of Justice, as well as a range of other related digital content. To enter visit: www.battleoftherenegades.co.uk