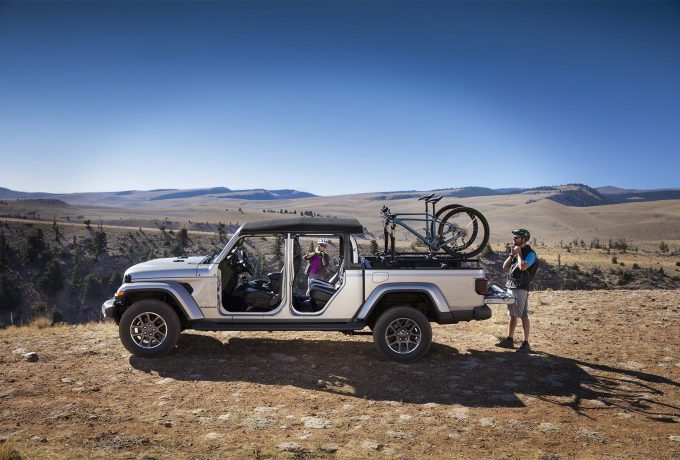 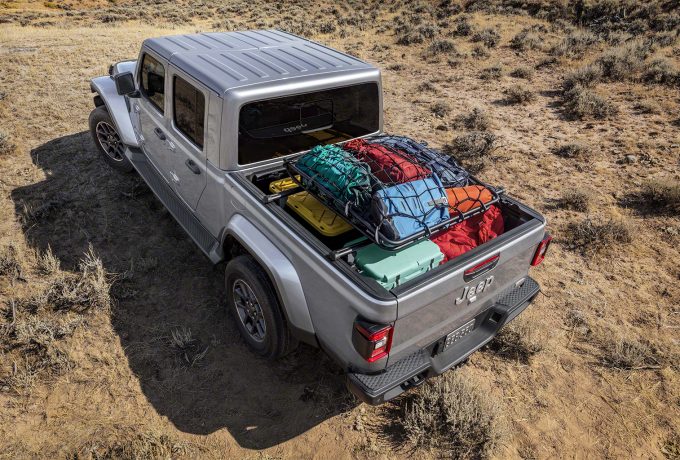 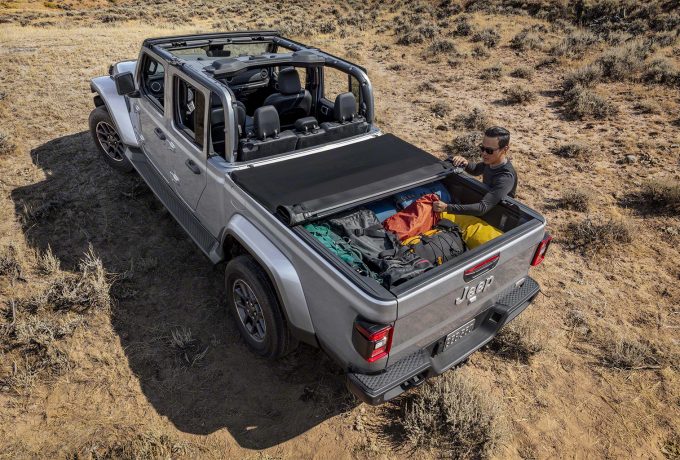 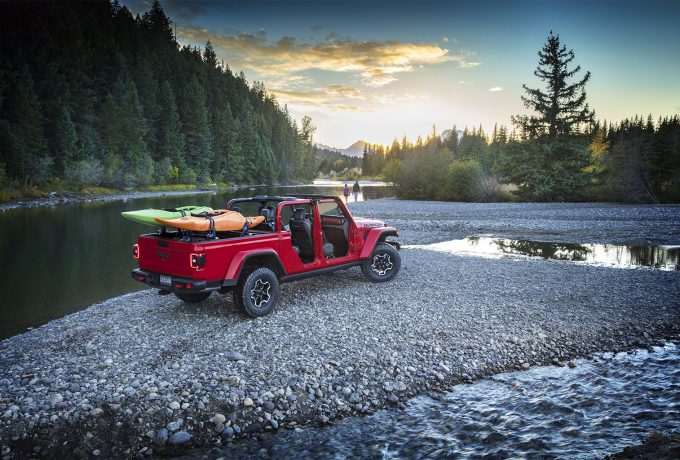 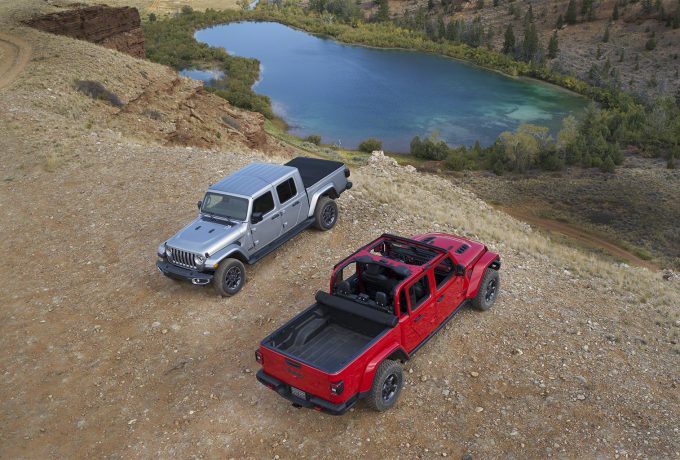 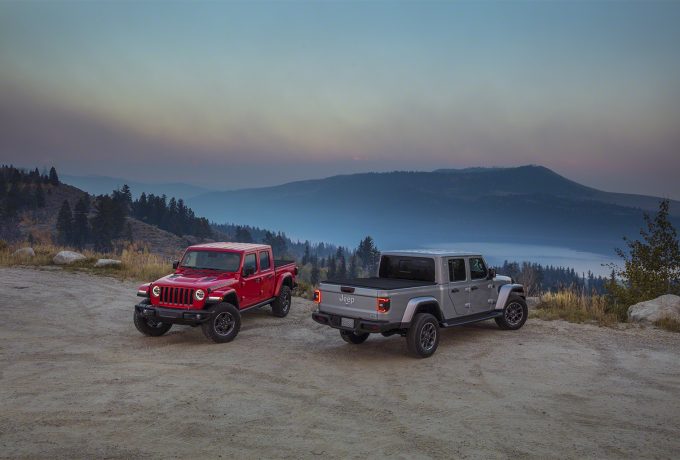 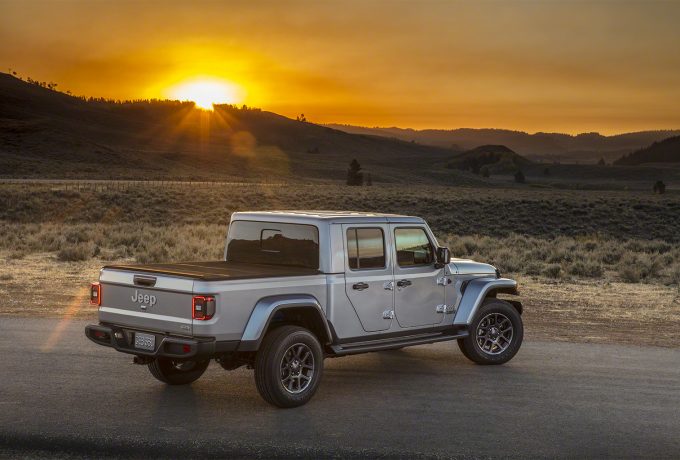 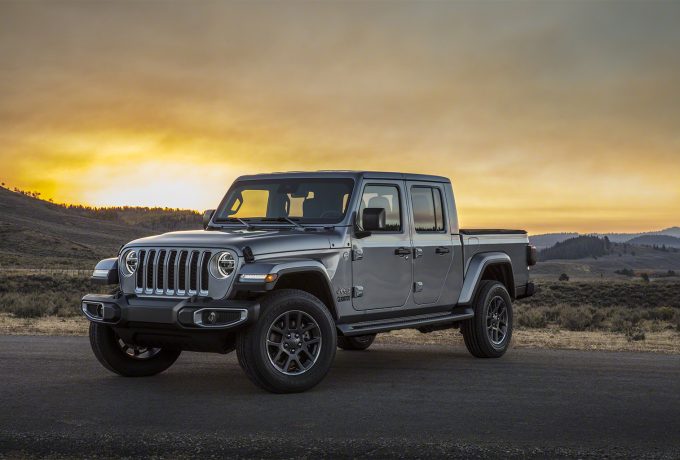 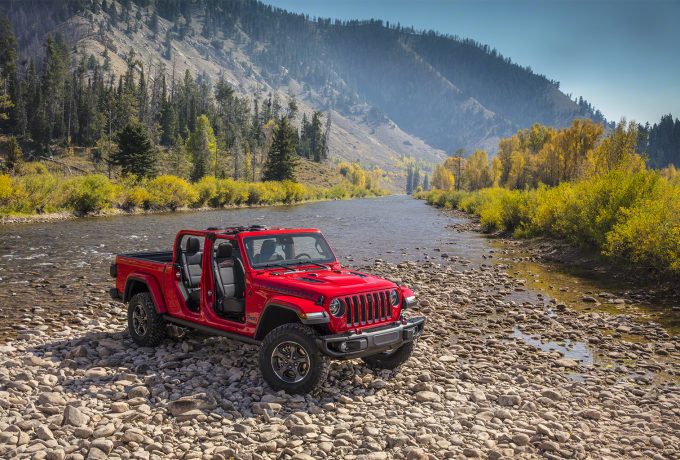 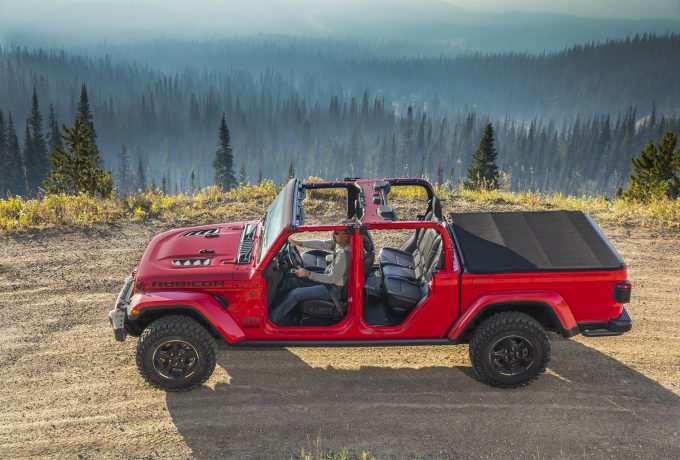 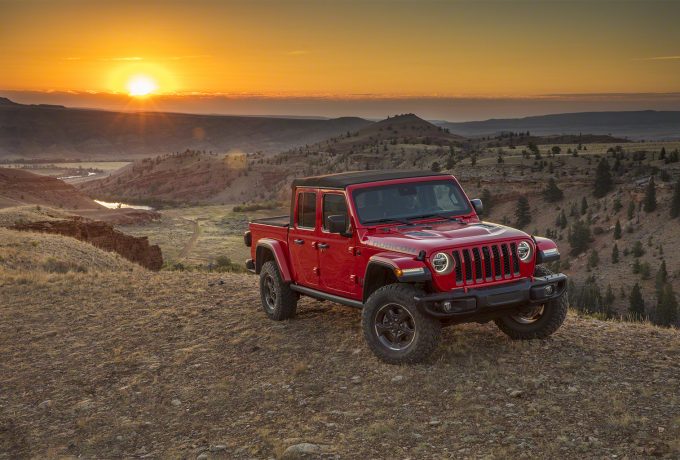 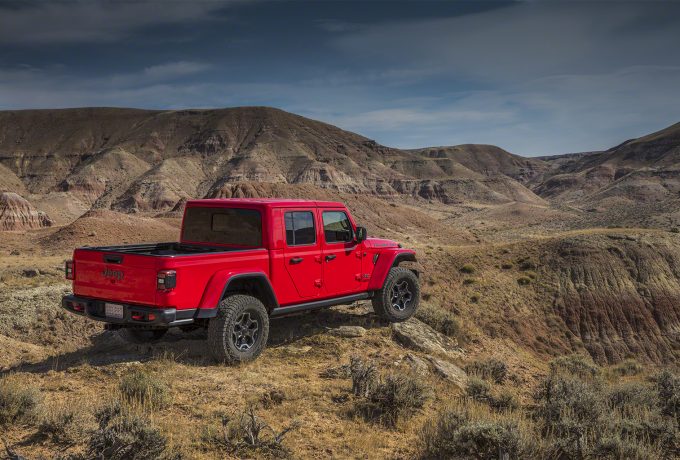 After a fair while of intense speculation, Jeep have officially revealed their Wrangler-esque pick-up, a.k.a. the Gladiator – and it will be coming to Europe in 2020.

The jaw-dropping design features the instantly recognisable front end of the newly released JL Wrangler paired with a five-foot truck bed. This means the frame is 31” longer than the Wrangler and has over 19” more in the wheelbase. It also promises to be an incredibly capable off-road pick-up, featuring the Command-Trac and Rock-Trac off-road systems, rides on third-generation Dana 44 axles, has front and rear axle lockers and a limited-slip diff. Top-spec models will also have an electronic sway-bar disconnect.

Gladiators will come ready for a day’s graft, with skid plates and rear tow hooks as standard. The Rubicon spec will also have a heavy-duty steel rear bumper and will pose the option of a winch prepared counterpart at the front. The ground clearance comes is at 11”, and the approach, departure and breakover angles are 43.6°, 20.3° and 26° respectively. Standard wading depth is quoted at 30” and the Gladiator has a towing capacity of 3,470kg and 726kg payload.

The body-on-frame design rides on a five-link coil suspension system, with lightweight materials used to keep down weight and boost economy. Aluminium is used for the doors and their hinges, the bonnet, wheel arches, fold-down windscreen frame and the tailgate. In another attempt to keep kerb weight down, the Gladiator’s track and stabiliser bars are hollow, and the engine mounts and steering gear are, too, made of aluminium.

Jeeps fourth-generation Uconnect infotainment system is available via three different screens, measuring either 5”, 7” or 8” – the latter two are also available with satellite navigation. Apple CarPlay and Android Auto are also up for grabs with the bigger screens.

Two engine choices will be offered with the Gladiator, with the 3.6-litre Pentastar V6 unit available at launch and a 3.0-litre EcoDiesel V6 coming shortly afterwards. The petrol version kicks out 285bhp and 260lbf.ft and will feature stop-start functionality as standard. The unit is ideal for truck life, as it’s designed to have a broad torque band that really comes into its own lower down. Once the diesel option hits the streets, punters will be able to have a more economical variant that combines 260lbf.ft and 442lbf.ft – also with stop-start abilities and paired with an eight-speed automatic gearbox as standard, unlike the petrol which has the six-speed stick as stock.

News on the pricing and more detailed UK specs will come closer to the launch, but with the new Wrangler being more expensive than many predicted the Gladiator might be a pricey option when it finally arrives.