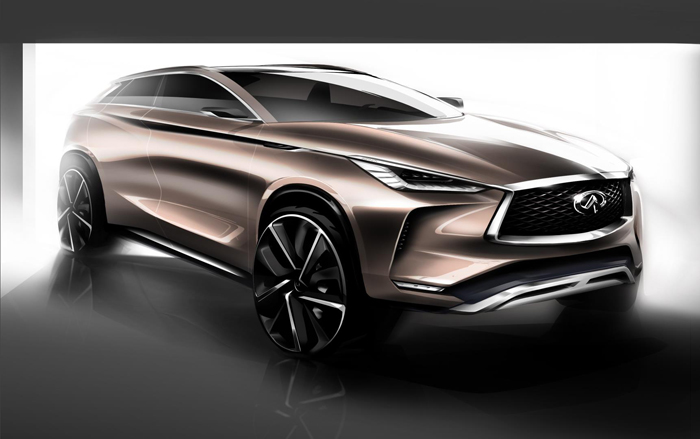 The INFINITI QX50 Concept will make its global premiere at the 2017 North American International Auto Show in Detroit.

An evolution of the 2016 QX Sport Inspiration, the QX50 Concept shows how the design of its conceptual forebear could be adapted for a future production model in the world’s fastest-growing vehicle segment. INFINITI’s latest concept confidently articulates the artistic influence of the designer through the brand’s ‘Powerful Elegance’ design language. A ‘cabin-forward’ silhouette combines with taut, muscular lines and flowing surfaces telegraph it as a dynamic and practical SUV.

“With the unveiling of the QX Sport Inspiration at the 2016 Beijing Auto Show, we showed the future of INFINITI QX models. The new QX50 Concept evolves this concept further and shows how INFINITI could develop its future presence in the fastest-growing vehicle segment globally.”
Roland Krueger, President of INFINITI