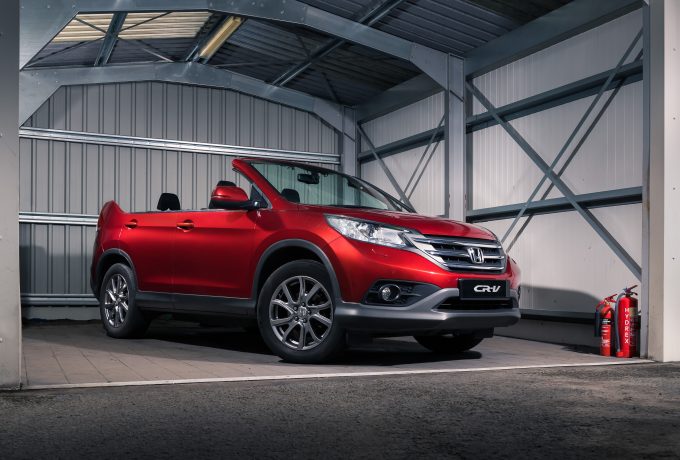 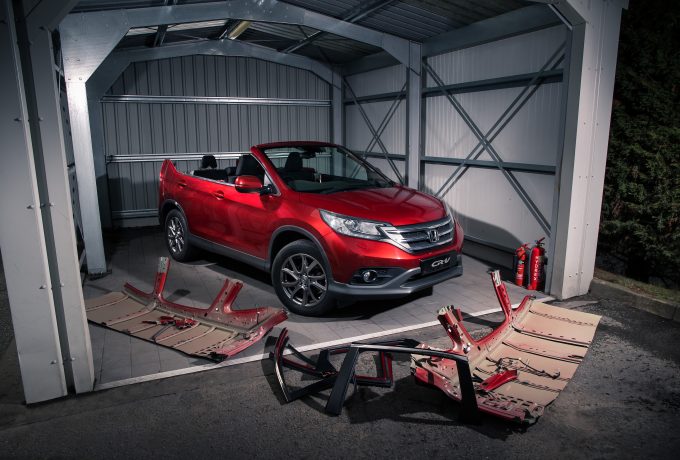 Yep, you read it right. Honda have chopped the roof off the CR-V.

No, really, that’s what they’ve done. The CR-V roadster has no roof at all. This pigeon holes the vehicle into a summer-driver, and is estimated to have reduced the structural rigidity by 100% and the roadster will be in showrooms from April 1st. Oh, it’s an April Fools joke!

Credit for designing the rough concept goes to Honda’s ‘PR team and an angle grinder’, who removed both the B and C pillars, creating a ‘sleek flow from front to rear of jagged metal’ on a vehicle that ‘is completely useless for the two-day British summer’.

Eipurirufūru of Honda, whose name translates as April Fool in Japanese, said of the project in a press release:

“This is a bold new direction for the CR-V and opens up an entirely new non-existent market.  Our sales target is somewhat conservative to start with, at zero cars, but we are confident that once the minor glitches are ironed out, such as the lack of roof and the fact it is totally structurally unsound, the car will fly out of showrooms.”

Prices would hypothetically start at half of that for a hardtop CR-V, as customers are ‘getting half the car’.