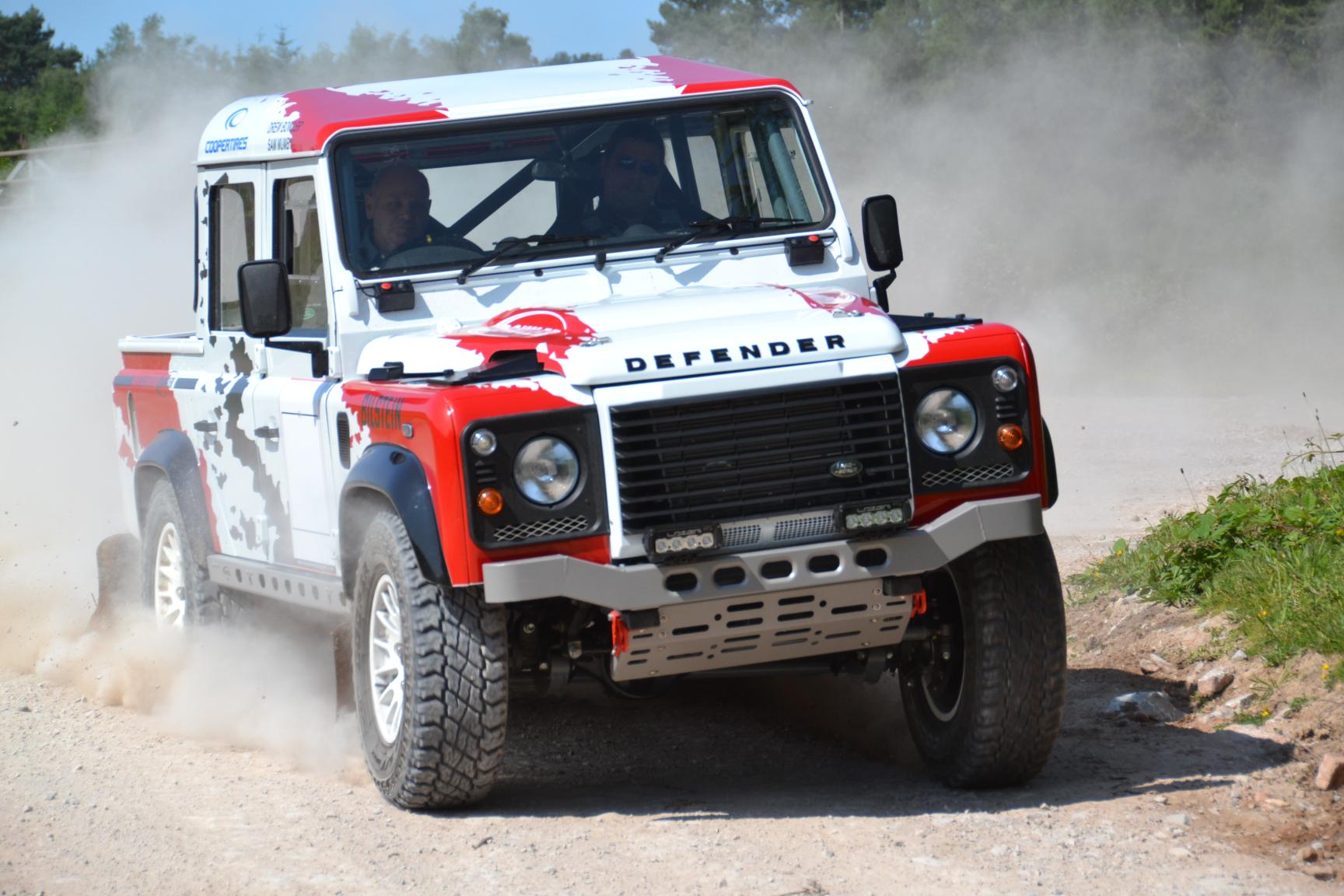 The Defender Challenge by Bolwer

This weekend, the Defender Challenge by Bolwer meets for the final time this season at The Scottish Hill Rally Club’s ‘Borders’ rally. In the climax to the 2015 calendar, the 11 competing teams have one last opportunity to improve their standing in the championship.

With such a strong lead there is little team Lookers can do to knock Sturgess off the top spot, but with just three points separating three contenders for third place, the battle is on between Northern Ireland Racing, Palmer and The Defenderists teams for the last place on the podium.

The setting for the battle for bronze is the privately owned Forrest Estate near Castle Douglas, Scotland, comprising 11,000 acres of mixed woodland, lowland farmland and four large scenic lochs nestled in the beautiful Scottish hills.

All competitors will be driving Bowler-prepared Land Rover Defender 90s that have been race-modified by Bowler Motorsport for safety, performance and durability. The modifications to the competing Defenders include a full MSA / FIA certified roll cage, fire extinguisher system, racing seats and harnesses, light-weight Bowler wheels, a full Bowler racing suspension system with bespoke springs and heavy duty racing dampers and an engine tune to 175hp that delivers 450Nm of torque.

2015 was the second year of the Defender Challenge, a one-make rally series operated by Bowler Motorsport and designed to act as a feeder series to the annual Dakar rally and other global rally competitions. New to the Defender Challenge for 2015, Brian Palmer and co-Driver Callum MacPhail have made a stunning start to their rally campaign and are amongst the teams with an eye set on the Dakar.

In order to bridge the gap between the UK-based stage and hill rallies and the larger international rally raids, Bowler has developed a standard Land Rover Defender 110 Double Cab with a host of technical revisions and is set to race next year in an additional ‘Class Two’ of the Defender Challenge.  This weekend, the Bowler 3-litre supercharged V6 Defender 110 will compete in the Borders rally in its very first race since completing testing and those competitors looking ahead to the 2016 season will no doubt be keen to see the vehicle in action.