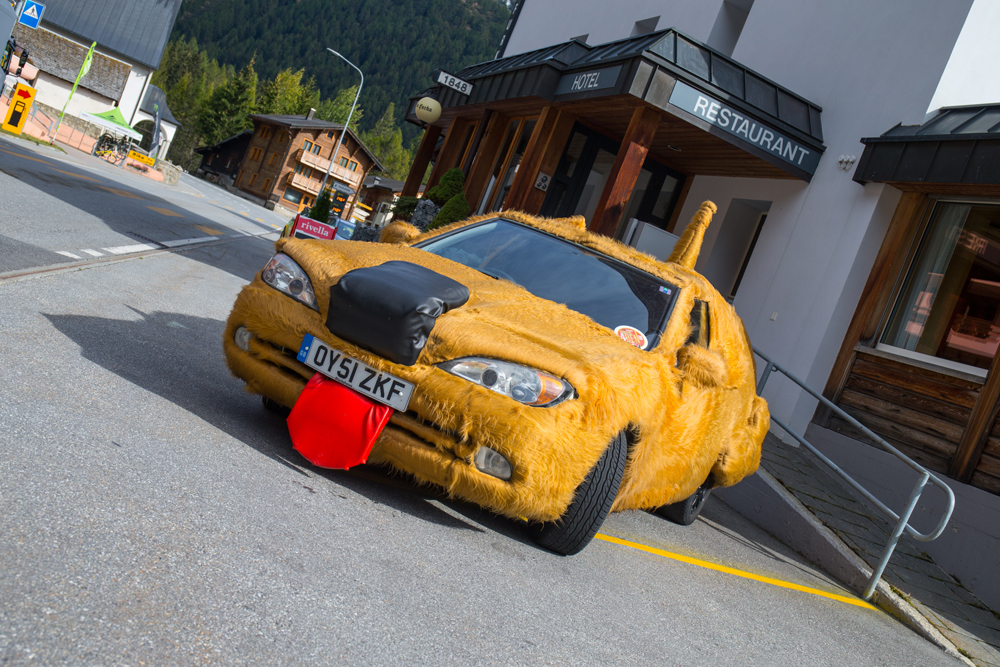 Britain’s most bizarre car auction will take place in Hampshire this week with lots including a dilapidated Batmobile, a giant bowl of Spaghetti Bolognese and a Nissan dressed as a dog.

The unusual sale is made up of a wacky assortment of vehicles that successfully completed the Bangers4BEN 2016 rally – an annual drive across the Continent in aid of BEN, Britain’s automotive industry charity. 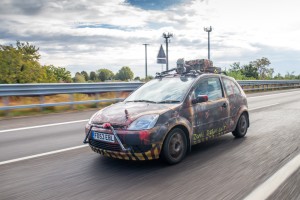 This year’s epic trek saw 38 teams and 41 cars drive the 850 miles between the UK to Maranello – the home of Ferrari – and back, in just four days.

Among the competing vehicles – all of which will be included in the charity auction – was a Zombie-fighting Ford Fiesta, a Ford Ka covered in fur, the Bolognese-covered Beetle and a 1999 Daihatsu HiJet dressed up as Scooby Do’s Mystery Machine.

Previous auctions have seen the Bangers4Ben cars go on to have second lives on TV, as promotional vehicles or even be used in other banger rallies. 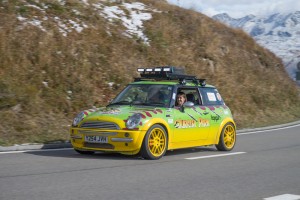 This year among the ragbag assortment of the weird, wonderful and woeful were a handful of rare and collectible gems, which will also go under the hammer.

These include a very early example of the BMW-built MINI, registered in August 2001 which is already seen as something of a classic, with or without its current Jurassic Park themed wrap.

Another future classic is the early Mercedes-Benz SLK. Once someone’s pride and joy, the drop-top Merc is wrapped in white with the Italian flag and will be sold with no reserve.

Organisers hope the sale will push the total amount raised by this year’s rally past the £50,000 mark.

The auction takes place at BCA in Blackbushe at 1pm on Friday, October 28th. BCA will also donate its commission from the sales to BEN. 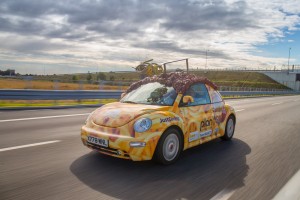 Andy Entwistle, Managing Director of Blackball Media, the company which organises the rally, said: “Bangers4BEN has grown to become a real highlight of the UK automotive calendar. But all the silliness is for a serious cause, with all the proceeds from the event going to help fund BEN’s fabulous work to support thousands of individuals and families connected with the UK automotive industry.

“Hopefully, those attending the auction will bid generously and help us raise as much money as possible for this brilliant charity.”

Trade buyers wishing to bid for lots in the auction can do so online by using their BCA account. Private buyers can register and bid in person at the auction. Full details of the cars on offer can be found at www.british-car-auctions.co.uk.