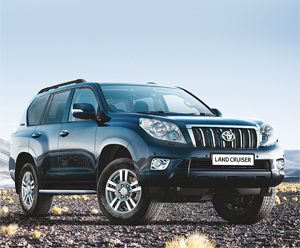 The Toyota Land Cruiser clocks up 60 years this year, and as it reaches this landmark, Toyota is launching new top-of-the-range 60th Anniversary versions of both its standard five-door Land Cruiser and the flagship Land Cruiser V8.

There’s more power and torque on tap as the 3.0-litre D-4D engine has been re-engineered. As a result, maximum output is up from 171 to 188bhp and maximum torque from 302 to 310lb ft. With the benefit of a new diesel particulate filter (DPF), the engine meets the latest, Euro 5 emissions standards.

The Land Cruiser’s ancestry can be traced back to the Toyota BJ of 1951, a truck-derived model that was initially developed for military use. In 1954 the new Type 25 BJ was given a generic model name – Land Cruiser – which has been used ever since.

The Land Cruiser concept was refined in the mid-1960s, as Toyota responded to an American trend for more refined 4x4s. The introduction in 1966 of the first Land Cruiser Station Wagon series – forerunner of today’s Land Cruiser V8 – catered for this growing market

Further generations followed with the more modern incarnation arriving in 1996, known as the Colorado, and 2002, before the launch of the current model in 2009. The larger Land Cruiser Amazon, also introduced in 1996, (replacing the Land Cruiser 80 series) was replaced with the V8 in February 2008. 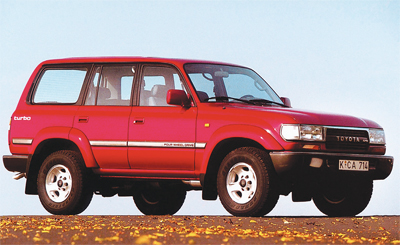