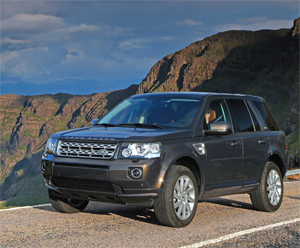 GIVEN THE MASSIVE global successes of the latest products, and the huge number of official awards claiming that, first the Evoque, and now the latest Range Rover is simply the best 4×4 by far, it may surprise some that the company, as a brand, still doesn’t always get top marks. Indeed, often if there was a school report, when it comes to ownership satisfaction, Land Rover products may well get the ‘could do better’ comments in the margin. This does perhaps prove that if you get a questionable reputation for things like reliability, dealer support and servicing, it takes a long while to rebuild. There’s no doubt that the latest Land Rover products are top of the league, but it’s the past experiences of many customers that are holding it back. However, things are changing it seems. The annual JD Power Vehicle Ownership Satisfaction Survey has delivered some much better results for the company. The independent survey looks at 116 car models and some 28 brands, getting the opinions from over 16,000 UK car owners. The good news is that Jaguar actually took first place for brand satisfaction, but perhaps more significant is that Land Rover has risen to sixth in that list – from 12th place last year.

In the past, while the vehicles seldom get criticised for their abilities, customer satisfaction has never quite matched that high promise. This year, however, it seems things have changed and the organisers of the survey commenting that Land Rover Freelanders in particular have shown a significant rise in customer satisfaction with improved dealer service and ‘less onerous overheads’. Discovery drivers too, reported some 30 per cent fewer faults. The top SUV in the list however was not a Land Rover, but the humble Skoda Yeti. It seems that while things are improving, the school report comment this year would be ‘keep up the good work’.