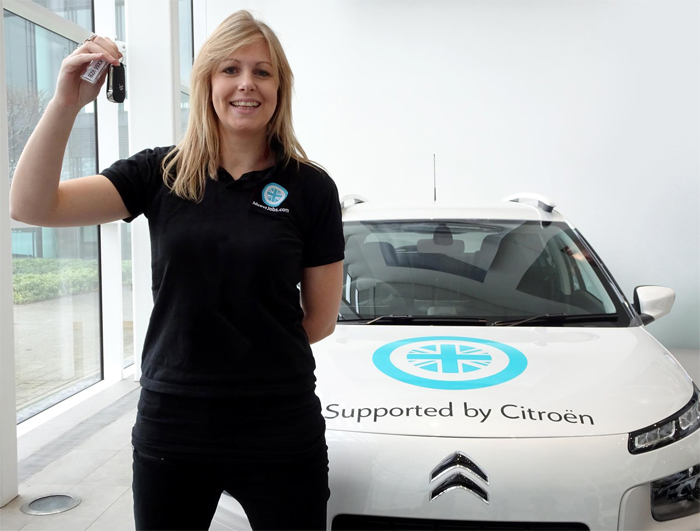 A Citroën C4 Cactus W Special Edition officially became the #nicestcar when it was gifted to The Nicest Job in Britain recently for a year-long charity campaign.

The vehicle is touring the UK collecting donations for 40 different charities driven by Alice Biggar, winner of this year’s Nicest Job in Britain competition.

John Handcock, Citroën UK’s Head of Communications, said; “We’re delighted to support The Nicest Job in Britain in such a positive way. Citroën is all about making people feel good, and partnering with The Nicest Job in Britain to help them collect donations, while driving the #nicestcar, is an exciting opportunity for us. We hope all the charities that Alice visits will raise lots of money for all their great causes.”

The Nicest Job in Britain is a UK based programme that offers a deserving individual the opportunity to travel around the UK for a year, spending four days a week helping a different charity or a third sector organisation.

Alice Biggar, winner of this year’s Nicest Job in Britain competition, was offered the job after campaigning for votes in the most creative ways, such as crawling 5k through Bristol to raise funds for the RSPCA, living on only £1 a day, befriending a stranger every day, and hitchhiking across Europe without spending any money.