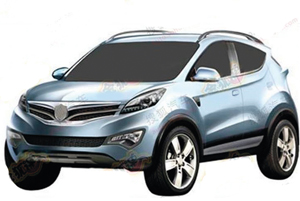 The growth of China’s motor industry took a significant step forward at the Frankfurt Motor Show in September with the announcement from Changan of the company’s new SUV. There will also be a saloon and an electric car. The intent is clear, as the company announced, “The goal: To distribute over the next ten years, according to high quality and design standards produced cars in Europe.” Rather awkward English, perhaps, but the intent is clear.

Perhaps less well known to most British enthusiasts, Changan is a major global manufacturer. In addition to four major manufacturing plants in China, Changan also has six manufacturing facilities in Asia, America, Africa and Europe, there are Research and Development facilities in  Italy, UK, USA and Japan and the company has cooperated in building cars with Suzuki, Ford and Mazda for a number of years. It would seem, therefore, that it will not be long before the Chinese off-roaders will be seen, initially, on British roads and then perhaps, off-road as well?