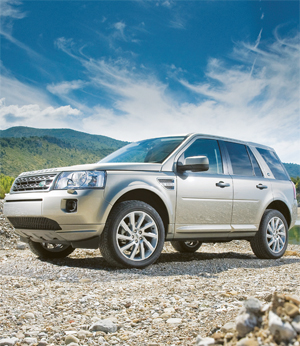 New and used car price guide specialists Parkers recently did some “Cost of Motoring” comparisons and came to the conclusion you would save a massive £6,769 a year driving a Land Rover Freelander rather than a BMW 3-series. Even a new Skoda Yeti 4×4 would save you £936 over a standard Ford Focus.

According to Parkers, attitudes to owning 4x4s are changing. Where, in the past, many people discounted them because of a reputation for being expensive to buy and run, that’s not necessarily the case – especially when Parker’s “Cost of Motoring” index includes depreciation and resale value. (The calculations are based on 10,000 miles a year, over a three-year period). The Freelander they used in the comparison started as a cheaper buy, but was similarly equipped and was capable of matching the BMW in fuel consumption, but it was the Freelander’s stronger residuals that meant it was ‘cheaper to run’ over a longer period. In Parker’s top 50 cars in the ‘Cost of Motoring’ table, 12 of them are 4x4s, up from seven last year.

Now is, therefore, the time to snap one up if you are considering a 4×4 – especially before the weather turns and we all start to panic once again about snow and ice and our ability to get to and from work. This month we have reviewed ‘budget’ 4x4s (page 20) and while there are some bargains out there, it may take a certain amount of searching to find them! If you are a new convert, having just bought a 4×4, we would like to hear from you. What made you make the decision to join the club? And what have you bought? Send your details through to 4×[email protected]