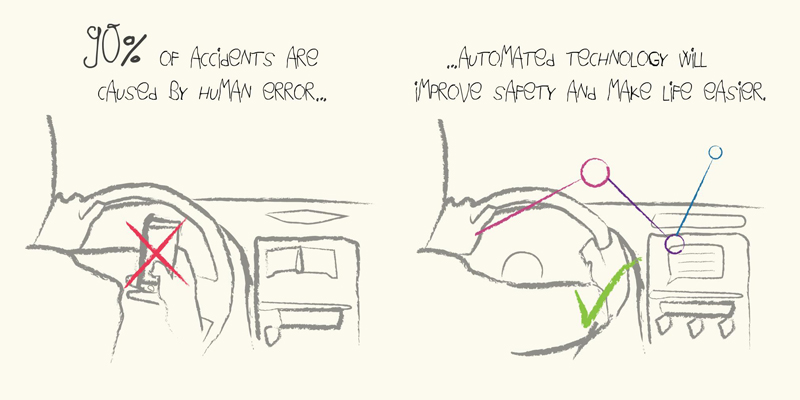 Features on future cars, that the British public expect to have, are already on offer today according to a new survey conducted by Bosch. When asked what they expect a new car to be able to do in 2025, two thirds (66%) of desired functions are already fitted to production cars today, while the remaining 33% will enter production within the next two years. The survey is part of Bosch’s #asmartercar campaign, to improve knowledge and acceptance of driverless car technologies.

The YouGov Omnibus survey of over 2,000 respondents also showed that while 28% of car drivers said that they were wary about using driverless car technology on the road, the most popular requests for the car of the future took control away from the driver. Most UK adults also said they expected their future cars in 2025 to be able to maintain a safe distance from the car in front (66%), take control to avoid an accident (56%), park itself (55%) and predict traffic and change route (51%).

Not only are the most popular features for the car of the future examples of automated technology, they are all on cars in production today. Drivers can maintain a safe distance from the car in front using adaptive cruise control. Many cars already take control to avoid an accident by using Automated Emergency Braking (AEB), a technology that’s seen on some of the UK’s most popular new cars and needed to receive a EuroNCAP 5* rating. Meanwhile, a number of cars on sale today already park themselves!

Bosch’s survey also showed that motorists believe that the presence of driverless cars on UK roads will not happen anytime soon. The majority (65%) of car drivers think that it will be more than five years before they will see driverless cars on all UK roads. However, Bosch will be testing automated vehicles in London later this year.