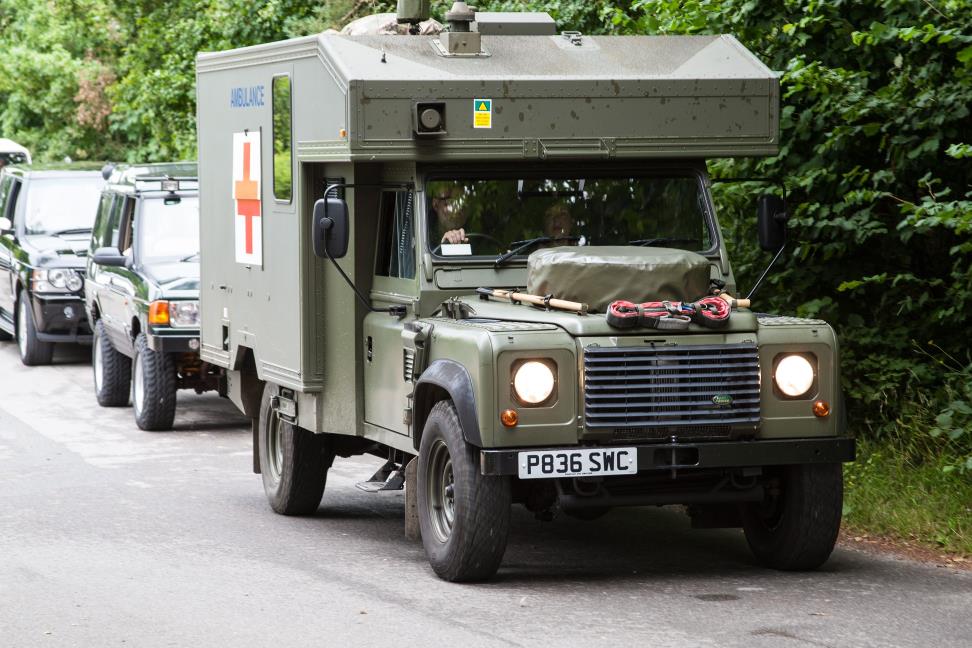 Beaulieu has notched up another record turn-out for its latest Simply event as nearly 1,000 visitors enjoyed the impressive display at Simply Land Rover.

As many as 935 visitors attended the weekend’s event, 246 up on last year’s rally, making their way across perfect New Forest terrain to the gathering in the grounds of the National Motor Museum.

Now in its fourth year, Simply Land Rover continues to grow in popularity with its impressive display which includes the classic Series I, II and III, iconic Range Rover, capable Discovery and rugged County and Defender. All Land Rover models and derivatives were on show, from battle-scarred workhorses to pristine show winners.

Event-goers voted for their favourite Land Rover in the People’s Choice Award. Lecturer Ben Shotter was the winner with his green Defender 110, which he bought from a friend of his grandparents two years ago. Ben has used his Defender to go bird spotting across the country and brought nine people in the back for Beaulieu’s event. He was presented with a commemorative Beaulieu trophy and an Autoglym prize by Beaulieu MD Russell Bowman, before leading a cavalcade through the attraction grounds.

Runners-up included Ian Marshall from Newbury, who had carried out a full restoration on his  green Series I Land Rover, and Miles Glenn, who bought his Series IIa from his father 39 years ago before restoring it to use as his wedding car. The colour of Miles’ Land Rover is Southern TV Blue because it was bought from Barry Westwood, a Southern Television presenter.

Rally-goers were also able to visit all the features of the Beaulieu attraction with their event admission, including entry to the National Motor Museum, the World of Top Gear, On Screen Cars, 13th century Beaulieu Abbey and Palace House, which has been home to the Montagu family since 1538.

Simply Land Rover is just one event in Beaulieu’s 2016 Simply rally line-up. The final rally of the year is Simply Smart on November 13th. For the full list of Beaulieu events, see www.beaulieu.co.uk/events or follow @Beaulieu_Hants on Twitter.