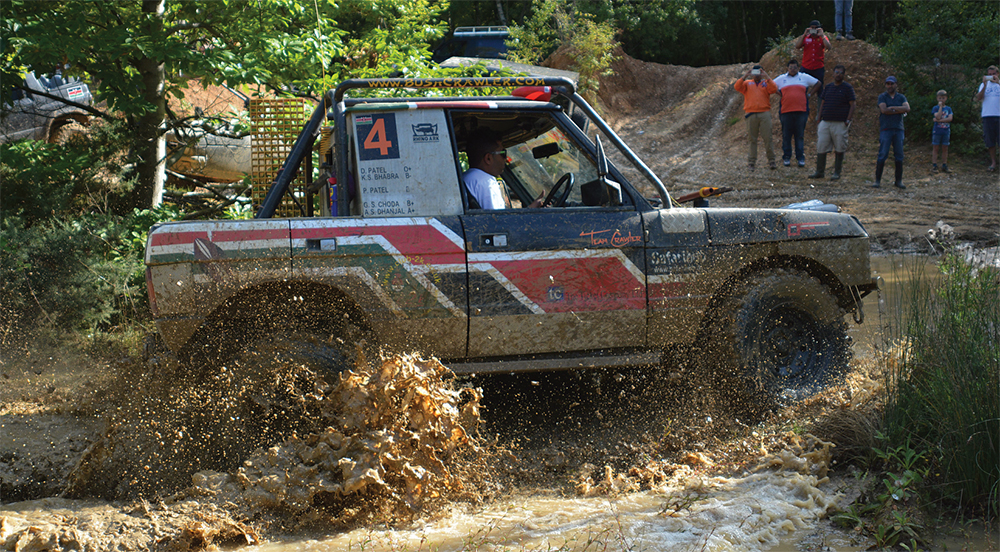 The Wildlife Conservation organisation Rhino Ark was started originally back in 1988 by Ken Kuhie, in response to the threat of extinction of the Black Rhino. The result has been the construction of a 400km fence in Aberdare, Kenya, to keep the rhinos away from local farmlands. Interestingly, the Rhino Charge was an extreme African off-road event that was started with the aim to raise money for the charity – something that it has done very successfully. Rhino Charge UK is, as the name suggests, our version of the event, which also raises money for the charity.

The UK event has John Bowden of Gumtree 4×4 as the enthusiastic co-ordinator and once again credit must go to his team, and all the competitors, who raised £3325 for Rhino Ark. As John explains: “There was a great effort from all the teams who joined us at Slindon Safari 4×4 and we raised some much needed funds for Rhino Ark. “A fence can seem like a simple response to the hugely important role of conserving one of East Africa’s most famous rhino sanctuaries, but it simply works and has done for many years now.

These 4x4s tearing around a small part of West Sussex have helped protect rhinos and conserve their habitat for years to come.” This year the winner of the Rhino Charge UK was Ian Purcell, in his Team Tusker Toyota Land Cruiser. The competition was close with second place going to Vishal Shah, whose Team Crawler Range Rover Bobtail pickup was driven by Dash Patel. Vishal Shah and his team also won the Victor Ludorum Prize, which is judged on a combination of performance and fund raising.

They will now have the opportunity of participating in the Kenyan Rhino Charge 2016; quite a different event in itself, but a fantastic opportunity for some amazing African off-roading. If you want to support the charity, a United Nations Environment Programme report into the Aberdare Fence Project is available at: www.unep.org/PDF/PressReleases/Rhino_ Ark_Main_Report.pdf Many thanks to Tina Hills for this year’s Rhino Charge UK photographs.