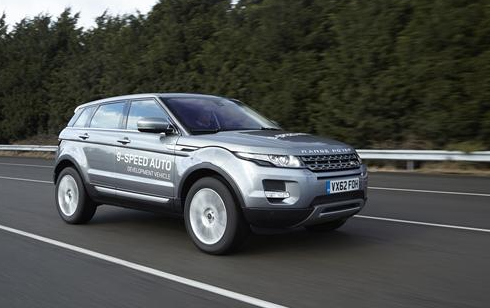 Land Rover will demonstrate the latest in a long line of technical firsts at the 2013 Geneva Motor Show with the announcement of  the world’s first 9-speed automatic transmission for a passenger car. The ZF 9HP transmission is specifically designed for transverse applications, and is one of the most efficient and technically advanced transmissions ever used in a production vehicle.

Land Rover is the lead partner on the project, working together with ZF, which is widely recognised as the world leader in transmission technology.

END_OF_DOCUMENT_TOKEN_TO_BE_REPLACED

Britool Expert has added ten new wrench sets and 54 individual wrenches to its excellent mid-price tool range. Forged in chrome vanadium steel these wrenches are tough and suitable for the home DIY mechanic. Standard combination, double open-ended combination, offset and racheting wrenches are all available in the Britool Expert range. Available at many motoring factor outlets, you can also visit www.britool-expert.co.uk. 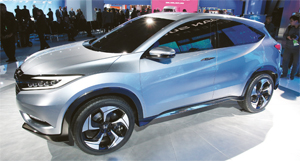 Despite the bad news for Honda workers in the UK this month, the Japanese company revealed a new small SUV in Detroit that will be launched in Japan at the end of the year, will be available in the US in 2014, and then should find its way to Europe; demand willing. Built on Honda’s Global Compact Series platform (the Honda Jazz in Europe), the new small SUV will be built at Honda’s newest North American plant near Celaya, in Mexico.

Given the weather in mid-January, it’s good to see another manufacturer is offering a winter tyre package this year. Interestingly, there was a full page ‘winter tyre’ feature in The Guardian recently, pointing out that much more should be done to raise the profile of winter tyre benefits. Appropriate, therefore, that we have heard from Suzuki and Toyota and now Audi who is offering winter tyre packages across its entire range. These packages do range from £799 to a wincing £3,659 – but then this does include some rather sexy wheels as well. The offer does include tyres only. To complement the winter tyre programme, Audi Centres are also offering customers a ‘tyre hotel’ service to tyres when they are not needed. For just £120 including VAT, tyres will be stored for 12 months in Audi branded wheel bags. Audi drivers can find more information by www.audi.co.uk/owners-area/winter-tyres.html. For other owners, check with your dealer what offers are available, or go to Kwik Fit as there are special winter tyre offers at many centres – unless they have all sold out, rather like sliced bread in most southern suburban supermarkets this January!

Vehicles often look surprisingly tatty when seemingly insignificant nuts and bolts start to rust. The pins that hinge the fresh ait vents on the front of a Land Rover are one such item. You can now improve this with stainless steel hinge pins and nuts from the guys behind the Defender Demister.  These shiny pins will improve the look of your Land Rover and available at only £15.95 Including VAT and delivery (UK), £17.95 (Europe) £19.95(ROW). They are available at www.defenderdemister.com 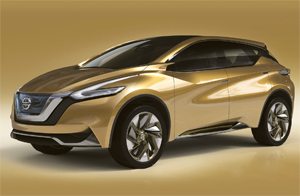 Detroit saw a new concept crossover SUV from Nissan, which the company claimed has a ‘smart, edgy design’. Called the Nissan Resonance, it was created by Nissan Design America, San Diego, California, and is an efficient hybrid electric drivetrain model that ‘signals the desire by crossover drivers to be respectful of the environment without sacrificing driving pleasure’. The all-wheel drive system is driven by a 2.5-litre DOHC petrol engine, with a high-performance electric motor with advanced control technologies, and Nissan’s ‘one-motor/two-clutch’ hybrid technology system. Although this is strictly a design concept, basing on the very individual looks of production models like the Juke and the Qashqai, you can believe that this may well see the light of day in the future.

The snow that arrived in the UK in mid-January was said to have resulted in an increase in calls to Land Rover showrooms with the new 2013 Freelander 2 range the model most enquired about. Obviously, potential owners read our Freelander 2 feature driving in Quebec, Canada in the last issue! The new model range has its first special edition, the Black & White has now been announced. Only 600 will be produced, available in either Santorini Black metallic or solid Fuji White. The Black & White is based on the S model and available with the 150bhp eD4 engine in two-wheel drive (Why, for heavens sake?) or the TD4 engine, the latter can also be specified with the six-speed automatic gearbox. The TD4 manual is priced at £23,495 and the automatic at £24,995, which are very competitive prices for such a capable SUV. Worth a test drive, even if it’s not snowing. If you are looking for a new Range Rover however, despite deliveries arriving in dealers in January, there are reports of order books full for the next nine months and beyond!

After all the excitement of this year’s Dakar Rally, isn’t it time that we had some more decent off-road racing on the TV?

Don’t know about you, but I have been glued to the British Eurosport TV coverage of this year’s Dakar Rally. It’s been especially interesting for us Brits and 4×4 lovers, as the Race2Recovery team of disabled British and US servicemen has been taking part.

You are, no doubt, well aware of this amazing challenge that the R2R team set itself and you may also be aware of the heartache and pain that has gone hand in hand with the team: the early retirement of team leader Capt Tony Harris’s Wildcat, the subsequent retirement of two others due to mechanical failure and a nasty roll that hit previous Dakar competitor Ben Gott (who was driving for the R2Rteam), and the horrific road traffic accident in which two Peruvians died and three R2R members were airlifted to hospital.

END_OF_DOCUMENT_TOKEN_TO_BE_REPLACED 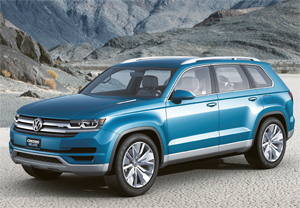 Proving that perhaps you can keep slicing the cake smaller and smaller, and creating a niche of a niche, Volkswagen unveiled the new CrossBlue concept vehicle at this year’s North American Auto Show this January. This is a diesel-electric hybrid, which uses the company’s excellent TDI engine with two electric motors, DSG transmission to create an electric 4×4 system, which the boffins have dubbed ‘propshaft by wire’. Ignoring that for a moment, the six-seater vehicle is said to have a fuel consumption capacity of 134.5mpg.

The concept show vehicle had three rows of two seats, but it is expected that should this go into production, the second row would have a three seat option, making the vehicle a full seven seater. Obviously, and especially relevant for the US, the fuel economy figure was highlighted, but it is equally impressive to check out some of the other performance figures. For example, it is claimed that the hybrid engine has a power output of 305PS, and a significant torque figure of some 700Nm (516lb ft) thanks to those electric motors. This results in a top speed of some 127mph and a sprint from 0-60mph in a sprightly 7.0 seconds.

END_OF_DOCUMENT_TOKEN_TO_BE_REPLACED

At the end of last year we heard about Varra, a British company with a new range of ‘plug in’ tuning modules. With offices in Australia, India and Russia, Varra has a website offering full details of suitable applications for the UK Market.  The company claims to have tuning modules available for around 3000 diesel vehicles, with a petrol version being launched later this spring. These modules work by altering the fuelling at certain rpm levels, thereby changing the power delivery; either for more power, or better economy. The Varra module can be manually adjusted, and fitted can be a DIY process, although fitting agents are available. Products have a two-year warranty. For more details about whether your vehicle is suitable, call 0845 838 1417 or you can email them on [email protected]