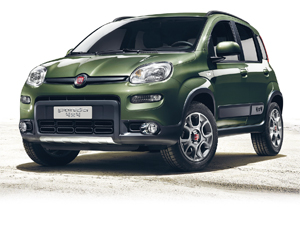 It’s now 30 years since the first Panda 4×4 was produced. For those of us old enough to remember, the original little Fiat answered a question that few had thought to ask, producing a small, budget, go-anywhere vehicle. Arguably the first crossover vehicle, it appeared bulletproof, was surprisingly capable off-road and was pleasingly enjoyable to drive! The latest Panda 4×4 will have been unveiled at the Paris Motor Show as you read this. It has a permanent, electronically controlled, on-demand four-wheel drive system. It also has an electronically lockable centre diff and electronic stability control to aid uphill starts. The last Panda 4×4 was let down by its engine, so it’s great to hear that the latest model has the option of either the new small under 1-litre TwinAir Turbo which produces 85bhp, or the1.3-litre MultiJet II diesel which only produces 75bhp, but which actually has 40 per cent more torque than the previous 1.2-litre unit; a significant uplift, which should help to get up the hills this time! This vehicle has the potential to do well, but the last version was something of a disappointment. We look forward to driving the new model in the coming weeks.

We have written extensively on our advice to have a set of winter tyres for your 4×4. For many, however, the decision to have a set of big, heavy and always dirty wheels and tyres sitting around can be off-putting. Richbrook has a solution to that in a set of wheel and tyre bags, ideal for a much neater storage. They are made from tough, durable Polyester and will fit wheels from 14 – 18in, and up to 245mm in width. The four bags come packaged together for a very reasonable £29.95. You can call 01328 862387 for more details, or go online at: www.richbrook-styling.co.uk 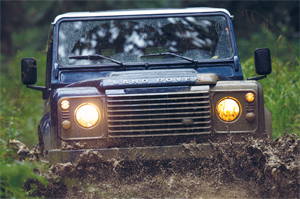 Higher specification levels are now available on Defenders, with two new body colours, improved seating and – would you believe it? – an upgraded in-car entertainment system. Barolo Black and Havana are the new body colours, but it is perhaps the new premium part-leather seats upfront that will be the most welcoming addition. You’ll certainly sit more comfortably, but whether an improved audio system is necessary is another question.

Mechanically everything remains the same; these model ‘tweaks’ being used as sales aids for what could well be the last model year for the Defender. These 2013 model year Defenders are available now, with prices starting from £22,350.

The new September ‘62’ plate is now with us, and to celebrate Subaru has some interesting deals, offering new finance options, and a very special deal of a £3000 saving on a 2.0-litre ES Nav Legacy. That’s a great deal on an often-overlooked 4×4 estate. Fitted with the excellent 150bhp ‘boxer’ petrol engine, six speed gearbox or optional Lineartronic CVT transmission for the same price. Prospective buyers can also take advantage of a comprehensive 24-hour test drive, where you ‘live’ with the car for a day to see if it’s suitable. To find out more, check out your nearest Subaru dealer, or go to: www.subaru.co.uk

Could there be a better name for a winter tyre? We heard about this new tyre just as we closed for press, from the people at 4site4x4. The General Snowgrabber carries the ‘snow flake’ mark rather than just an all-terrain or M+S tyre, so these are specifically for the white stuff. As we always advise, it is always worth making a call to the experts to find out more, and find out what is needed for your specific needs. For General tyre enquiries call the people at 4site4x4 on 0870 112 9401.

We spoke to the guys at Milner Off Road for some winter tips and they advise that you need to grease your 4×4’s propshaft – in particularly the UJ, and on the inside of free wheeling hubs (if you have them). They sell the necessary grease at a bargain price of £2.60. If the UJ is damaged, they can supply them, prices start from £9.50. Like us, Milner recommend using suitable winter tyres and do special wheel and tyre packages. The staff at Milner favour the Sahara 205/80/16 tyre and put them on their vehicles over the winter months. They sell a wheel and tyre set at around £440. All prices are plus VAT. All these parts are available to buy online: www.milneroffroad.com or you cam order over the telephone on 01629 734411 or call in person for a chat at Milner Off Road, Old Road, Darley Dale, Derbyshire, DE4 2ER. 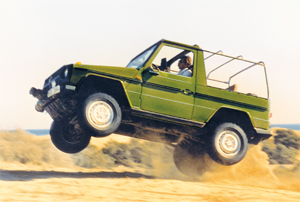 END_OF_DOCUMENT_TOKEN_TO_BE_REPLACED

Bluecol – probably best known for their antifreeze and de-icer products – has a great range of winter products. These include the Snow Treads studded mats. Made from tough Polymer they could help getting you moving when things get particularly icy. They also fold away and can be stored in the boot. Bluecol also has a Snow Mat, which is a similar option only more flexible and they fit the contours of the road a little better. Ideal to use on your drive, especially if it has an incline. Neither are suitable for serious off-road usage, but as a ‘get you home’ could be ideal. One useful item that everyone should keep in the rear of the car is a shovel, and the Bluecol version has an extendable shaft. They also do an excellent Magnetic Frost Protector which wraps around the windscreen and ‘attaches’ to the car’s bodywork. This, of course, works great for snow and ice and for those very occasional days when the sun’s up and therefore it stops cooking the interior. These products will be available from the usual motoring retail outlets or check out the main website at: www.tetrosyl.com

The Automobile Association has produced a comprehensive selection of products that will help when the weather turns. Much of these are available through motor factor outlets like Halfords, but you can also get them direct from the AA’s website – where they could well be cheaper! There were special offers available when this was being written, including an impressive £20 off the ‘Ultimate Winter Car Kit’ which comprises of an emergency snow shovel, gloves, hat, foil blanket. Snow and ice shoe grips, towrope, high visibility vest, and a big bag of de-icing salt. All packed together in a canvass bag. To find out more, check out: www.theaa.co.uk 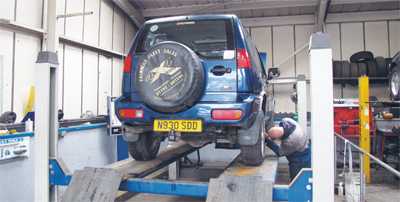