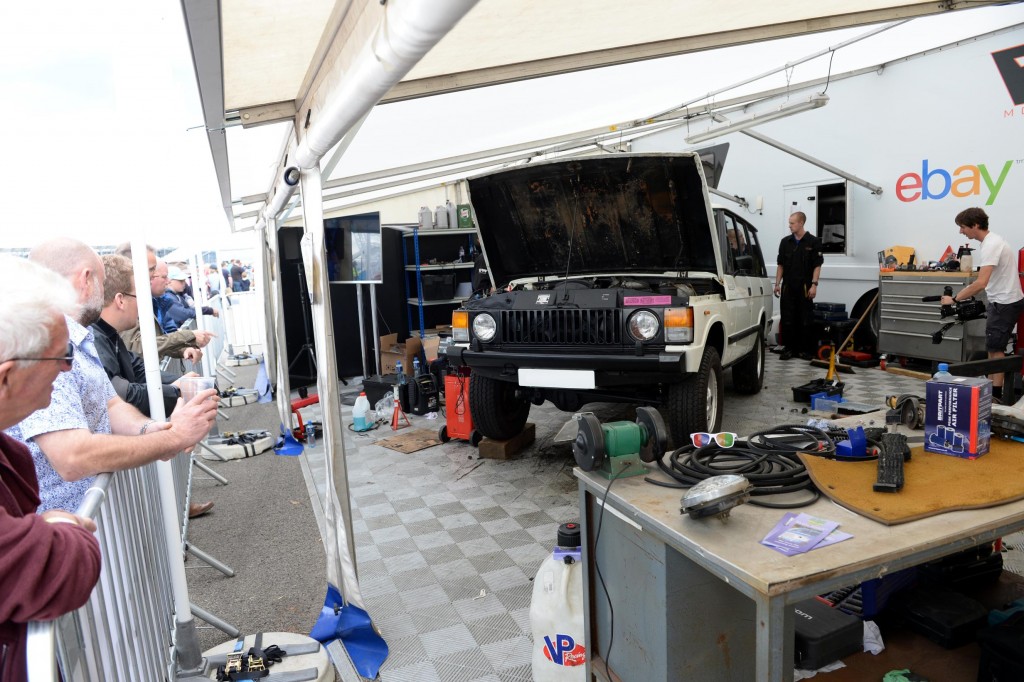 Festival goers at Silverstone Classic experienced a once-in-lifetime chance to see a 1983 Range Rover brought back to life over the course of just three days.

eBay challenged racing driver and car restorer Fergus Walkinshaw to revive the vehicle in front of a live audience at eBay’s RESTORATION LIVE.

Starting at 7.00am on Friday morning, Fergus and his team of skilled mechanics guided the crowd through every step of the project as they renovated the iconic first-generation Range Rover using only parts bought from online marketplace eBay.

The crew worked around the clock to get the Range Rover ready for its unveiling on stage at the Mike Brewer Car Clinic on Sunday.

The project included replacing the suspension and the exhaust system, as well as a host of other jobs. The Range Rover was returned to its original condition, even sourcing rare parts such as a section of carpet covering the spare wheel and the front bumper trim.

On Sunday afternoon, the off-roader was driven onto the eBay stage for Mike Brewer’s Car Clinic in front of a crowd of festival-goers.

Mike described the breakneck restoration as “a miracle”. “If you had seen this car three days ago, you would not have believed it could have looked like this,” he said on stage, before Fergus took the crowd through the process of sourcing hundreds of parts from eBay and overhauling the car in just under three days.

Murray Lambell, eBay’s director of retail car parts & accessories, said, “Watching Fergus and the team bring two tons of Range Rover back to life was an amazing spectacle. As soon as they fired up the engine for the first time on the last morning, the RESTORATION LIVE crowd burst into a round of applause, which was amazing.”

When Fergus handed back the keys to the proud owner live on the eBay stage, he presented him with the original sales brochure from 1983 too. Fergus was able to find every part he needed from eBay, using 80 business sellers from the online marketplace ensuring that he had everything Fergus and his team needed.